Compensation Is Not a Reward 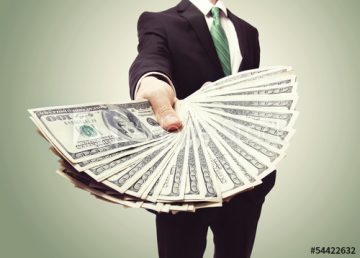 A common response I receive at my presentations on the topic of rewarding relates to the idea that people will only work if they are given a reward. This idea that dangling money and other goodies in front of people will “motivate” them to work harder is the conventional theory in our society. But the fact is that compensation is not a reward.

There are two assumptions here. The first is that people would not work if they were not rewarded. The fact that many people volunteer and invest time in learning skills without compensation puts this idea to rest. In addition, studies on employment conclude that as long as compensation is at a satisfactory level, one’s salary rates among the lowest motivators when comparing desirable employment characteristics.

The theory behind rewarding for desired behavior refers to “behaviorism” in psychological terms. Find some behavior you want repeated, and then reward it. Want a pigeon, a rat, or a dog to do something, reward it. Try this on a cat and see successful you will be. Ivan Pavlov was no fool. He didn’t use a cat on his experiments. Cats are not incentivized as other creatures are—and that includes humans who are also independent.

B.F. Skinner of Harvard University theorized that if rewarding desired behavior reinforces the behavior then it should work for humans as well. It doesn’t—unless you are rewarded for each product you individually produce, as in piecework.

Unfortunately, misinformed educators and managers have bought into this theory that some external motivator can increase learning or efficiency. Humans are driven by motivation—internal and external. Rewards can be a wonderful incentive—an external motivator—if the person is interested in the reward. If the reward is a cruise and if the person gets deathly seasick, chances are that person will not participate in that contest.

Employment is a social contract between worker and employer. The worker is compensated for services rendered in the form of labor, expertise, or skill. Once a level of satisfactory compensation is given, humans are motivated by other characteristics than money—such as working atmosphere, relationships, and how they are treated.

The idea that people would not work unless they were given a reward can be answered by responding to this question: When was the last time you thanked your employer for the reward of compensation?

Your comments are welcome.