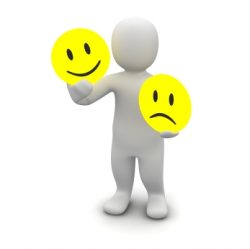 Let’s look at feelings and how internal and external factors affect them. Most people have a hard time untangling the sources of various positive and negative feelings and are prone to misunderstand their causes. In a classic demonstration of this, the current day’s weather affected how people being interviewed rated how well their entire life had been up to that point. They were more likely to characterize their whole existence as sunny when the weather was nice. Conscious awareness of this reaction, however, brought about an immediate change. When the interviewers called attention to the weather … >>>

Skinner and Behaviorism vs. Marshall

The term “Behaviorism” usually refers to approaches of Pavlov (classical conditioning of stimulus/response) and Skinner (behavior modification by reinforcing behavior AFTER an act occurs).

Although behavior modification is popular in schools, the practice is counterproductive for promoting responsibility. The reason is that responsibility requires initiative that emanates from within a person, rather than from some external stimulus.

Frank Knight (November 7, 1885 – April 15, 1972) was a professor of economics at the University of Chicago. Four of his students received the Nobel Prize for Economics (Paul Saluelson, Milton Friedman, George Stigler, and James Buchanan, Jr.) . Professor Knight was rather outspoken. The short paragraphs below are his comments about behaviorism and its best known founders, John B. Watson and B.F. Skinner.

John B. Watson was a founder of the psychological school referred to as behaviorism. Behaviorists, represented more popularly by the controversial utopian B.F. Skinner of Harvard University, argue that all human behavior can be understood in terms of stimulus-response models that have been developed from studying the behavior of rats in mazes.