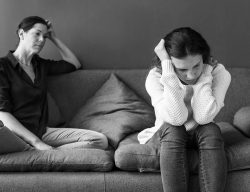 Realize I’m not saying that raising teens is easy. It’s not. However, we’re looking for solutions in the wrong places. The truth is that this period of adolescence is difficult for both youth and parents largely because the teen becomes so independent of parents that control of the teen is difficult. In fact, the parents’ continued attempts at control often lead to … >>>

I often come across articles about how an incompletely developed brain accounts for the emotional problems and irresponsible behavior of teenagers. Is this true, or is it a myth?

It is true that teenagers, by virtue of their hormonal changes, are prone to be emotionally volatile, unpredictable, self-absorbed, and hypersensitive. However, the IMMATURE BRAIN that supposedly causes teen problems is nothing more than a myth. Most of the brain changes that are observed during the teen years lie on a continuum of changes that takes place over much of our lives.