Choose Your Response During Stressful Situations 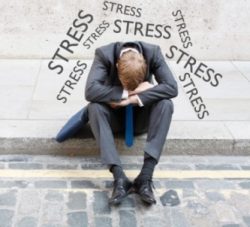 Stressful situations are bound to happen. But no matter what occurs, you can always choose your response. Consider this true story.

I was comfortably seated in an airplane ready for take-off on a flight to California. I had just started reading my book when the pilot announced a two-hour delay. Los Angeles International Airport was fogged in.

After a few minutes of additional reading, I looked up from my book. I was one of the few passengers who had not deplaned. Even with a good read, adding two hours to the flight seemed a little long to remain seated. I left my materials in the overhead storage compartment and returned to the airport terminal.

After a half-hour of strolling and shopping, I realized that if the fog in Los Angeles lifts, the plane might take off sooner than the two-hour announced time. I quickly returned to the loading area and watched my plane depart with my coat, seminar materials, and luggage.

This was a stressful situation I could have avoided if I had stayed in the passenger loading area. Although at that moment I could not have changed the situation of having missed my flight, I could still choose my response. Getting angry would have been useless. I checked the departure schedule, arranged for a later flight to Los Angeles, and told an official my belongings were on the plane. Upon arrival in Los Angeles, I found my coat, materials, and luggage waiting for me. I felt pleased that I had taken a rational approach to the situation.

We all experience stressful situations that are beyond our control, either momentarily or permanently. Situations like weather and other natural forces, inconveniences, unpleasant assignments, unrewarding family or work relationships, and numerous other stressful situations will always occur. However, WE CAN CHOOSE OUR RESPONSES TO THESE STRESSFUL SITUATIONS.

Victor Frankl, the psychiatrist who survived Nazi death camps, experienced stressful situations beyond his control. Yet, he taught that a person has the power to choose one’s thinking even in the most terrible conditions of psychic and physical stress. Conditions such as lack of sleep, insufficient food, and various mental stresses suggest that the concentration camp inmates were bound to react in certain ways. However, in the final analysis, it became clear that the sort of person the prisoner became was the result of an inner decision, not the result of camp influences alone.

How have you responded to stressful situations? What choices did you make regarding your response? Please share your comments on the Without Stress Facebook page.