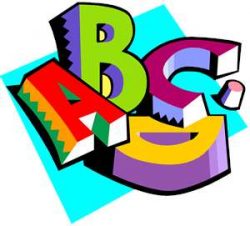 I have heard of teachers grading student behavior. But I was thunderstruck when a parent informed me that a teacher was using the letters of the Hierarchy of Social Development to have students grade themselves.

When you ask children to grade themselves on their behavior, the inference is that this is necessary because they may behave irresponsibly. This, by itself, is contrary to the Discipline Without Stress model. Teachers should be positive and assume that students will act responsibly.

The Perils of Grading Student Behavior

We all know that on a grading scale the letter “A” represents the highest. Unfortunately—AND WITH GREAT MISUNDERSTANDING OF THE LEVELS OF DEVELOPMENT—this teacher was asking students to grade their own behavior each day, with “D” being the highest and “A” being the lowest. No wonder the youngsters were confused!

NEVER ASK STUDENTS TO GRADE THEMSELVES USING THE LEVELS OF DEVELOPMENT, especially when it means sharing their self-assessed grade with another person.

It makes no sense to spend any effort differentiating irresponsible behavior as “A” or “B.” Both are unacceptable. Levels C and D are both acceptable, but the difference is in the MOTIVATION, not the behavior.

If the teacher asks a student to do something, the motivation is automatically level C. For example, if you ask a young person to pick up trash, that would be Level C MOTIVATION. The student complied, but you had to ask. However, if the child takes the initiative to pick up the trash without any outside influence, that would be level D MOTIVATION.

The behavior is identical; the motivation is different.

Asking a young person to grade (in contrast to reflect upon) one’s motivation is simply NOT appropriate. Even adults cannot articulate and sometimes don’t really know their own motivation. (This is one reason that asking a youngster, “Why are you doing that?” is a poor question. In most instances the young person is incapable of articulating the motivation.)

It would be confusing for anyone of any age to SELF-ASSIGN A LETTER GRADE with “A” being the highest when on the Hierarchy of Social Development Level A (anarchy/chaos) is the lowest.

Hopefully, anyone who engages in such a process will stop it immediately. The Levels of Development is properly used to have young people REFLECT on the difference between doing something because of some external motivation (Level C) versus taking the initiative to do the right thing because it is the right thing to do (Level D).