Language and Thought Shape Your Reality 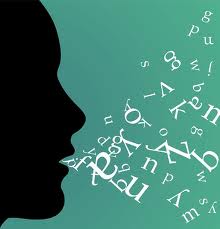 Did you know that language and thought shape your reality? In other words, change your words and you can change your life. Sound too simple to be true? It’s not. Studies have shown that changing how you talk changes how you think, and what you think becomes your reality.

The power and importance of language and thought and how it shapes your reality was reinforced to me years ago when I read George Orwell’s book 1984, which was written in 1949 at the beginning of the cold war. The book is about how the world of the future could be with Big Brother watching you.

The reverse of Orwell’s story is also true. Having a term, such as “democracy,” conjures up the concept of the importance of responsibility on the part of citizens in order for people to rule themselves. This is the prime reason that the highest level of motivation in the Levels of Development is referred to as “democracy.”

Give young children a cookie and say to them, “I will return in a few minutes and I will give you something else if you haven’t eaten the cookie until I return.”

If you were to watch the young ones through an observation window, you would see some youngsters talking to themselves attempting to control their impulses. Those without language skills will be seen making all kinds of contortions and movements in attempts to control themselves.

Here is another example. Saying, “I am angry” communicates a state of being. In contrast, as soon as we phrase the emotion as an action such as, “I am angering,” we immediately become aware that we are making a choice to anger, even though we may not be aware of it. Changing the adjective to a verb empowers you to choose your response to an emotion.

Control is easier with appropriate language.

Don’t  you believe that language and thought shape your reality? Just check the Levels of Development.