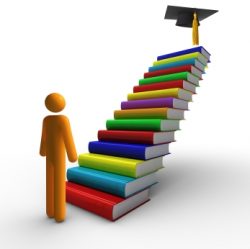 When I returned to the classroom after 24 years in counseling and administration, the lack of responsibility on the part of some students glared out at me. That’s when I asked myself, “How can I promote responsible behavior?”

The outcome was the Raise Responsibility System, which you can find a plethora of information about on my website. In developing the program, I decided to be PROACTIVE, rather than always reacting after an inappropriate behavior. That’s when I developed the Levels of Development.

Every so often someone writes me about the problems the person has with using the vocabulary with young people. Here is my response about two of the terms.

I also emphasize that once the concept is introduced, I do not refer to the word—only to “Level D.”

Young people have no problem with the word “anarchy” because to them it’s just a new word. Anarchy to a kindergarten student can look like toys and playthings scattered all over the floor. I ask teachers (and parents) to look at the vocabulary through young people’s eyes.

I emphasize that the hierarchy are levels of social (and personal development)—that we are EXPLAINING, NOT TEACHING anarchy or bullying. In fact, you will notice that the emphasis of the entire program is to empower young people so they will be aware of AND NOT ENGAGE in level A or B behavior.

Reviewing the SIGNIFICANT POINTS helps clarify and increases understanding of the levels, especially that levels A and B refer to BEHAVIORS while levels C and D refer to MOTIVATION.