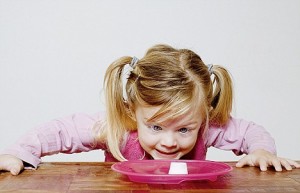 When it comes to children doing well in school and life, the importance of self-control can’t be ignored. In fact, there is growing research on “self-regulation”—people’s ability to stop, think, make a plan, and control their impulses.

These are the same skills needed to do well in school and in life.

Researchers have become keenly interested in psychologist Walter Mischel’s famous “marshmallow study” from the 1960s in which a researcher would place a marshmallow in front of a hungry 4-year-old and tell the child that they could eat the marshmallow right then—or have two if they waited until the researcher returned. About a third of the children could distract themselves, exhibit self-control, and wait.

Followed for years, these disciplined kids had better school outcomes and scored more than 200 points higher on the SAT than the children who shoved the marshmallow in their mouths right away.

The ability to control behavior in purposeful ways has enormous implications for later life. For example, self-control is critical for choosing to study instead of watching TV.

Unfortunately, children are getting less and less practice in self-regulation. They don’t spend much time observing adults beyond their caregivers as they go about their work and their daily lives. They watch a lot of TV and play video games, neither of which promotes impulse control.

Widespread practices of modern parenting don’t help older children flex their muscles necessary to master themselves. We hate to see children make mistakes, or worse, fail. Rather than challenging children and teens to self-regulate, the easier approach is to regulate them.

Parents “help” in science fair projects. Well-meaning moms and dads race to school with forgotten assignments rather than view such mistakes as an opportunity to coach children to solve their own problems. These actions have positive immediate outcomes, but they undermine the self-regulation skills children will need as adults who are suddenly responsible for planning their own lives.

Parents need to “back off” when kids get frustrated but encourage them and direct them in positive ways.

How to do this is a prime focus in the book Parenting Without Stress.

What are your thoughts on the topic of self-control? Please share your ideas in the comments below.