Warm Up to Your Fear 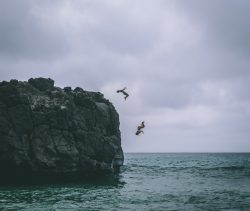 Fear is often negative self-talk about a perceived situation. You’ve probably heard that FEAR is actually an acronym for False Evidence Appearing Real. However, even knowing this, there are times when it is most difficult to think that a situation is not real. So rather than attempting to eradicate your fear, warm up to it.

Too many people have the mindset of “If I’m afraid, I can’t do something.” But the truth is that you can do it even if you are afraid; it’s just less comfortable than doing something you are not afraid to do. But if you do it a couple of times, you won’t be afraid to do it anymore, and it will become more and more comfortable.

So rather than saying, “I can’t do it,”—whether it is learning a new computer program, getting going on the treadmill, or just acknowledging someone instead of evaluating the person—you can do it by easing into the task.

The Japanese have a word for it: kaizen. It comes from the words “kai” meaning school and “zen” meaning wisdom. It simply affirms that continuous progress comes from making small improvements. “SMALL” is the key word. Just take one step at a time when trying something new. This “warming up” to the task will have you feeling competent and successful in a shorter period of time than you would have expected.