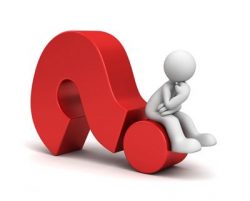 The Discipline Without Stress methodology makes classroom discipline much easier. It empowers students through the use and practice of The Levels of Development.

Think about what you would do in each of the following scenarios that are typical in a school setting. After, we’ll discuss how Discipline Without Stress makes each incident less stressful.

Scenario 1: The school dress code says that students may not wear hats in the building. Your student is refusing to take off his hat. Most teachers say that they have no specific procedure to handle this situation.

Scenario 2: A student refuses to hang up his coat in the coat closet. In this situation, many teachers say they would take the coat and hang it up themselves.

Scenario 3: On the playground, one student shoves another. A kind-hearted student steps in and says to the aggressor, “You should apologize.” The aggressor gets more aggressive, causing the other students to react the same way. A fight breaks out. What could a teacher do to prevent such a situation from escalating?

Here is how a person using Discipline Without Stress (DWS) would have handled each situation.

Scenario 1: Not taking a hat off according to classroom discipline rules:

The most effective approach to break down personal barriers is to ask for a favor. The DWS person would have said something like, “Please do me a favor and remove your hat.”

Scenario 2: Not hanging the coat:

A DWS practitioner would not have taken any instructional time to handle this defiance but instead would have taken the same approach as in the former example at the outset when the student would not hang up his coat. (“Please do me a favor…. We’ll talk about this later.”) Teachers make a major error in removing the student’s possession without the student’s permission.

Students should be taught that confrontation should be avoided. When the student suggested to the aggressor to apologize—and the aggressor responded in a confrontational way—the mindset of the student should have been, “This person has a problem; it’s theirs; don’t let their problem become mine.” Bullying needs to be addressed before it occurs so students know how to handle it.

Why a Better Approach is Needed

Unfortunately, schools of education do not teach what teachers need to do when they first enter the classroom. Most teachers have never been taught that they are in a MOTIVATION AND RELATIONSHIP OCCUPATION. Teachers market information; rarely do people buy from someone they dislike. Even the slowest salesperson knows not to alienate the customer, but unfortunately teachers alienate students too often. Negativity only prompts negative reactions. If a student has negative feelings toward a teacher, the relationship only prompts apathy toward learning and/or reluctance, resistance, rudeness, and sometimes rebellion or defiance.

Learning how to handle classroom discipline should be one of the last techniques new teachers learn BEFORE they step into a classroom.

As William Glasser so eloquently stated, “The ultimate issue of power should be to empower others” (WILLIAM GLASSER: Champion of Choice, by Jim Roy, 2014, p.239). This is what successful teachers do—but never by using negativity, force, or IMPOSED punishments. Glasser also said, “Not teaching students how we function is like asking them to play a game without teaching them the rules” (Ibid, p. 253).

Tip: The Discipline Without Stress Teachers Model SHOWS HOW TO ACCOMPLISH THIS USING AUTHORITY—BUT WITHOUT COERCION, THREATS, OR IMPOSED PUNISHMENTS.