Put in Effort to Reduce Stress and Anxiety 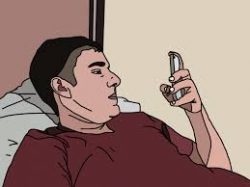 As the story about stress and age goes, there was a dentist in Duluth, Minnesota who had more patients at age 89 than he ever had in his previous years of practice.

His hands were steady, and his peers considered him very competent. Whenever anyone asked him about the possibility of retirement and giving up the stress, he’d say with a twinkle in his eye, “I’ll quit when they carry me up the hill, feet first.” Apparently, anxiety and stress were not a concern to him.

Contrast this with a student in his early 20s. On many Friday nights, he would meet his friends at a local restaurant. Whenever the subject about school or anything involving effort came up, he had a standard reply: “I have to find good a reason to get out of bed.” Getting out of bed to this young man was stressful.

Somehow, instead of focusing on the satisfaction that comes from one’s own efforts, society has elongated adolescence.

So it was for this stressed student. Allow me to explain. The recent focus of many parents is on giving rewards to young people in an effort to make them happy. This is in sharp contrast to older generations that focused on responsibility. The satisfaction from one’s efforts brings the greatest of all rewards.

Without realizing it, the modern focus of giving young people rewards and treats for doing what they should be doing anyway has prompted narcissism and lack of effort in so many young people. “Why should I do anything if I’m not going to get something for doing it!” An extension of this is: Why should I get out of bed when I’m enjoying myself?

Ironically, by avoiding putting in effort, he was really avoiding one of the main techniques that would reduce his anxiety and stress.

Anyone can find reasons for not getting out of the bed in the morning. The mind and body are full of potential. Not taking advantage of possibilities prompts apathy, a cousin to stress.

Tip: Before you go to sleep, think of one activity to which you can look forward when you wake up.