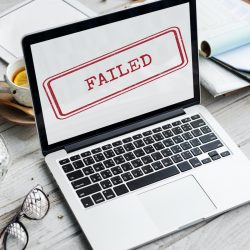 Too many adults have a fear of failure. Unfortunately, they pass this fear onto their children. But what many people don’t realize is that failure and mistakes are a vital part of learning. In fact, I’d go so far as to say that no great success ever occurred without failure.

We’ve all heard about Edison’s 10,000 attempts to create the light bulb. He wasn’t alone! It took James Dyson 5,126 attempts to invent a bagless vacuum cleaner. And did you know that Amazon founder Jeff Bezos failed at many things? Ever hear of Amazon Destinations, Amazon Auctions, or the Fire Phone? Probably not, because they were all epic failures.

Whether we like it or not, failure is necessary to learn, to grow, and to ultimately achieve success.

In a school setting, mistakes often prompt both shame and fear in young people. To combat this reaction, young people need to be taught that mistakes are not a sign of stupidity—that failure isn’t a bad thing, but rather an important part of learning and growing. Children need to be reassured that no one is perfect, and making mistakes is an integral part of the human experience.

Once people realize they are not alone in making mistakes and that failure is vital to learning, they can begin the process of talking themselves through their fear of being wrong. Everyone needs to learn that life is about process, not only or merely about results.

Tip: Robert F. Kennedy once said, “Only those who dare to fail greatly can ever achieve greatly.” The choice is yours: You can let failure discourage you … or you can learn from it.