One Tip to Deal with Stress

When you deal with stress, do you often feel overwhelmed? Does it seem like there are so many things to focus on that you can’t move forward toward anything? This tip will help you regain control when you need it.

Let’s start with a short story to help put this in perspective: There was once a navy jet pilot who was terrified at first when landing his aircraft on the deck of an aircraft carrier. “Everything was in motion,” he said. “The ship was tossing up and down, the waves were moving, the airplane was moving, and trying to get it all to move together seemed impossible.” 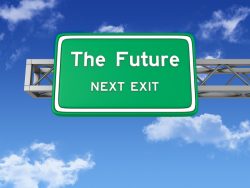 Your future focus is important because what you focus on is what you become. Do you tend to focus on events from the past or on images of the future? One way to know for sure is to look at the words you continually say to yourself. If you find that you often use the word “should,” chances are you are focusing on the past.

Realize that the past cannot be undone. It is silly to water last year’s flowers or events that no … >>>

There was once a navy jet pilot who was terrified at first when landing his aircraft on the deck of an aircraft carrier.

“Everything was in motion,” he said. “The ship was tossing up and down, the waves were moving, the airplane was moving, and trying to get it all to move together seemed impossible.”

An old pro gave the young pilot some advice that solved the problem. “There is a yellow marker in the center of the flight deck that always stays still,” the veteran told him. “Always line up the nose of the plane toward that mark and fly straight toward it.”

That’s pretty good advice for coping with stress. Always have a goal—a “mark” to work toward—and … >>>